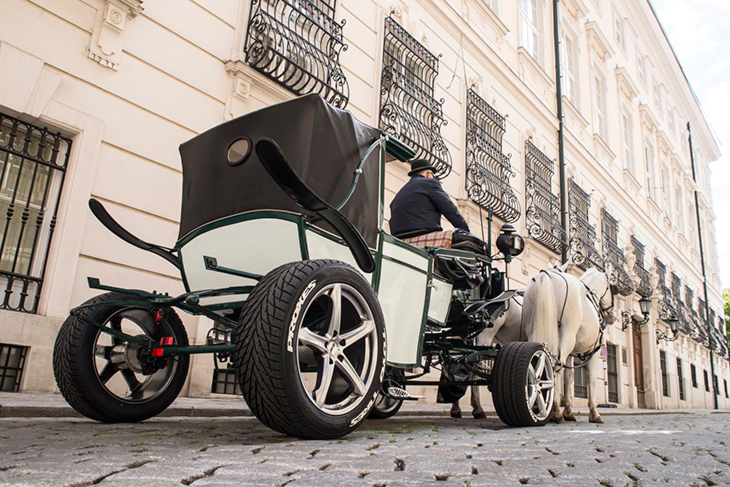 Vienna is different! The Austrian capital’s well-known slogan is still remembered by many. This motto has just taken on a new meaning since AEZ Leichtmetallräder, manufacturer of premium alloy rims for the European car aftermarket, has implemented a very special project together with a tradition-steeped Viennese carriage company. Nomen est omen.

Johann Trampusch, a third-generation entrepreneur of horse-drawn carriages, knows the meaning of URBAN MOBILITY all too well. As a long-standing operator of horse-drawn carriages, the so-called “Fiaker”, he has been transporting everything from promotion tours to VIPs, irrespective of colour and size, whether round or angular. For his company’s anniversary Trampusch thought of a very special project which involves equipping his 70-year old, elegant “Lederlandauer” carriage with alloy rims. This is no ordinary mission, nobody has ever tried it before. Hence, the result was quite the sensation.

Johann Trampusch’s call was initially met with suspicion by technical development staff at AEZ Leichtmetallräder GmbH, thinking they were listening to a prank call by a radio station for the early-morning amusement of millions of listeners. A few cups of coffee later, during which the general feasibility was discussed, the conversation picked up speed and the project started taking shape. It soon became a real challenge for AEZ designers and technicians. 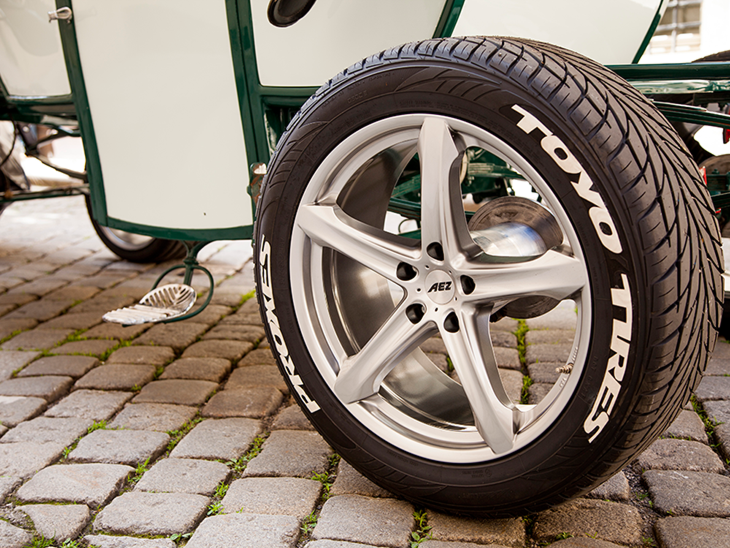 “By the time we had our third round of coffee it was clear that we would accept this extraordinary assignment. Our product development division immediately drafted technical feasibility plans while marketing began their preparations. This challenge also helped everybody involved to break away from daily routines,” says Norbert Frohner, managing director of ALCAR LEICHTMETALLRÄDER GmbH.

Tradition and modernism in perfect harmony

First off, we measured all axles and wheel hubs. It soon became clear that we were dealing with many small details that needed to be drawn up accurate to the millimeter before they were handed over to the mouldmaker. The hotrod began to take shape. The AEZ Yacht SUV was the rim of choice in 22-inch for the rear axle and 20-inch for the front axle, because the horse-drawn carriage rides on a <<staggered fitment>> as part of its “Original Equipment”. The first prototype was almost a perfect fit. With some small adaptations here and there the hotrod carriage started rolling through Vienna. “The cornering is much better,” says initiator and carriage legend Johann Trampusch about this exceptional ride.

Get on a city ride of a special kind: https://www.youtube.com/watch?v=tR5O-eEhREE