In the end, everything ran smoothly, just like the alloy wheels from AEZ. The RB Leipzig football team brought an impressive and vigorous performance to the pitch in a memorable German Cup final. The club bagged the trophy against SC Freiburg in a match-winning 4:2 penalty shootout after a 1:1 equaliser in extra time despite the team going down to ten men following Marcel Halstenberg’s red card early on in the second half of a very vibrant game. It was a great finish to a season with many ups and downs.

AEZ, market leader in the European aftermarket for passenger car wheels, has been an Official Partner of RB Leipzig since January 2020, and congratulates the club and its players on this terrific success. AEZ and RB Leipzig connect through professionalism, innovation and passion.

However, things did not always pan out for the “Red Bulls” on the international arena. Despite the wins against Belgian Club Brugge (5:0) and current Premier League champion Manchester City (2:1) as well as a tie against Paris Saint-Germain in the UEFA Champions League group stage, the team had to give up after the preliminary round with seven points. In the subsequent UEFA Europa League play-offs, RBL first eliminated Spanish first division team Real Sociedad and got a bye due to opponent Spartak Moscow having been removed from the competition as a result of the Russian war of aggression against Ukraine. The two exciting quarter final duels against Italian top club Atalanta B.C. served as another season highlight. After a 1:1 in the home game RBL rattled off a beefy performance in the return match, won on the road scoring a 2:0, and, for the first time, entered a European championship. The 1:0 success in the first match against the Glasgow Rangers was not enough to get to the final owing to a 1:3 loss in the return match in Scotland.

In the German Bundesliga, the RBL footballers failed to always meet the high expectations under their new coach Jesse Marsch, the successor of Julian Nagelsmann who joined Bayern Munich at the beginning of the season. There had been great victories, such as the 4:0 against VfB Stuttgart, the 6:0 against Hertha BSC or the 2:1 against title contender Borussia Dortmund. However, regular defeats, among them a sobering 1:4 in a home match against Bayern Munich, prevented RB Leipzig from establishing themselves in the leading group as hoped. After three consecutive losses, the club parted with the hapless American, taking Domenico Tedesco on board as new head coach. 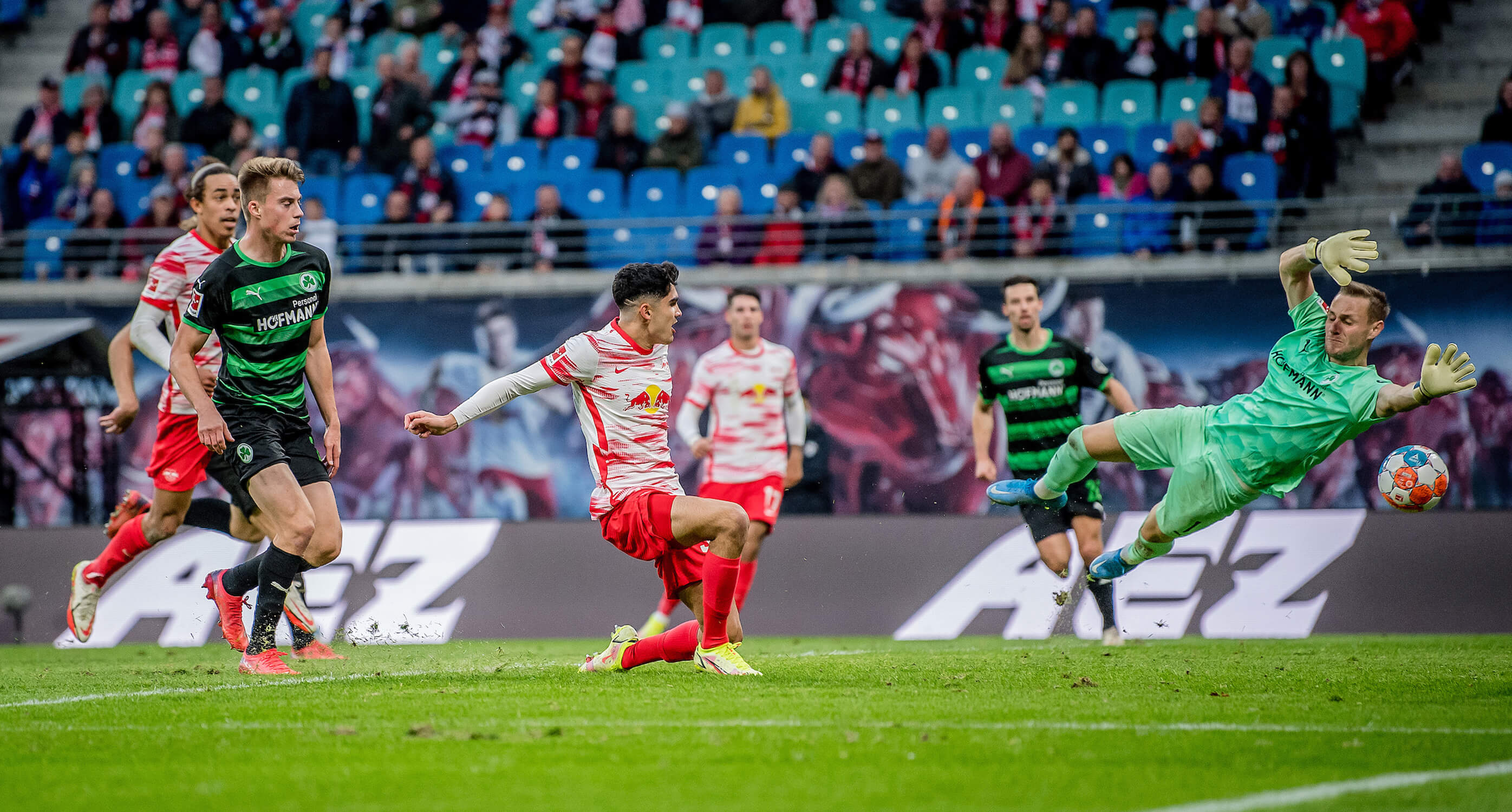 The German with Italian roots gave a phenomenal debut three days into joining RBL with a fantastic 4:1 success against Borussia Mönchengladbach on matchday 15. Subsequently, Tedesco managed to stabilise the team, helping it to re-gain its confidence. Ultimately, the Leipzig footballers ended the season in a strong fourth position in the league after a solid return match, once again directly qualifying for the UEFA Champions League for the 2022/23 season. The bottom line is that, together with the German Cup, it has been a rather successful season for RB Leipzig.

The club has only little time left to finalise the squad for the new season. As early as 30th July, the first highlight of the new season kicks off with the match for the Super Cup against Bayern Munich followed by the first step towards defending the German Cup title at the end of August with the first round match against third division team FC Teutonia Ottensen (Hamburg). The new German Bundesliga season will kick off on August 5. AEZ wishes RB Leipzig lots of success in the upcoming season.