Lara Vadlau - Off to new shores 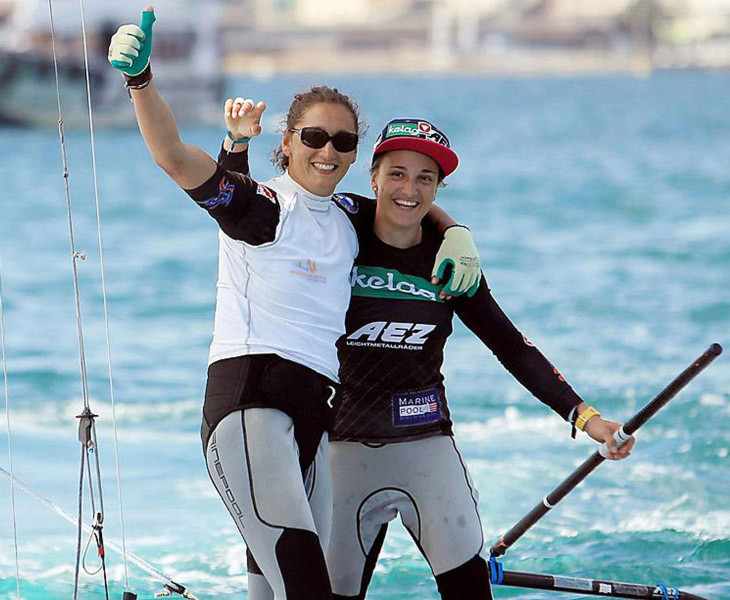 The Games of the XXXI Olympiad took place in Rio between August 5 and 21, 2016. This year marks the first time the Brazilian city has hosted such an important event. In 17 days a total of 306 tournaments and competitions were scheduled during the 2016 Summer Olympics. Roughly 10,000 athletes from more than 140 nations competed against each other including top world class yachtswomen Lara Vadlau (22) and Jolanta Ogar (33) who represented Austria in the 470 Class.

Ahead of the Olympics the duo had spent several months in Rio de Janeiro to gear up for the multi-sport event. The last three training weeks in June proved the toughest of their lives. The sailing area is extremely challenging due to its numerous currents and the changing light and strong winds. “It was the toughest sailing I have ever done,” says Lara Vadlau about the conditions in Rio.

The AEZ-sponsored top athletes Vadlau/Ogar work hard to continuously improve themselves. In the 6th race they came first. However, a successful protest by a rival dinghy led to their disqualification in race 9. The World Champions lodged a counter protest which was overruled. And to make matters worse, Lara Vadlau suffered a hand injury on tack while fending off the main boom. Regardless of a splinted arm, the multiple World and European Champion took on the challenge of the last race. In the medal race on Day 13 the yachtswomen managed to come ninth, securing rank 9 in the overall results.

To sum up Rio 2016: Not all races took place as planned, and the two yachtswomen have had higher expectations, given their career path. Having said this, their eyes are all set on the next goal: the 2020 Summer Olympics in Tokyo.

“I look forward to going home where I want to take a step back and think about the future. The statements during my first reactions were very emotional. I was and still am very disappointed. That’s why some of the things I said might have not been appropriate. As an initial consequence we must question our own performance and will take our time to investigate the matter with everyone involved. Irrespective of that, I do think that bureaucracy in sports is counterproductive and the USA funds could be distributed more sensibly,” Lara Vadlau reflects about her next steps.

As a long-standing partner we wish her all the best for the future and continued success in sailing.