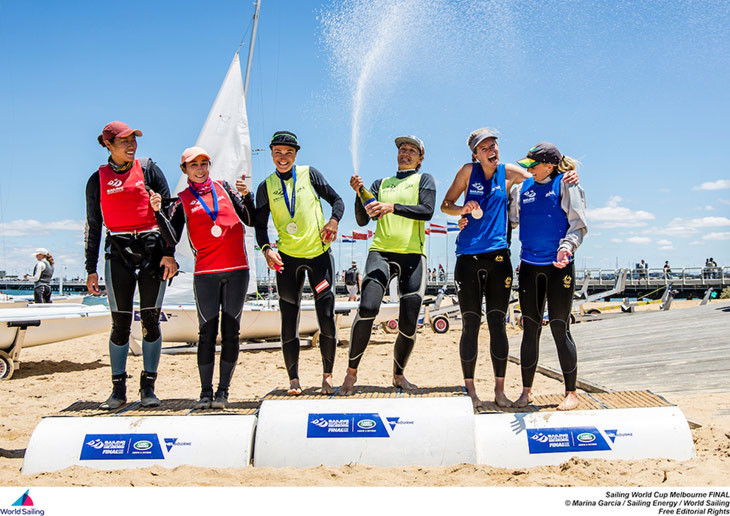 Lara Vadlau and Jolanta Ogar, the top sailors supported by AEZ, won the jackpot and secured once more the overall World Cup championship title in the 470s class.

Melbourne was definitely worth a trip for the Austrian boats. With the victory in the final medal race, a total of seven first places and a solid lead of eight points, the AEZ-sponsored Austrian sailing champions Lara Vadlau and Jolanta Ogar impressively fulfilled their favorite roles and secure the overall World Cup for the second time after 2014/15 in the 470s boats class. The two-time world champions and Olympic ninths of the Rio games displaced the Australians Carrie Smith / Jaime Ryan on the second place and won next to prestige and honor also a prize money of 9,000 euros. Lara Vadlau: "We have been very focused and hungry in the races and have managed to keep the error rate low throughout the week. Favourite victories are often the most difficult victories, it was not as easy as it seemed. After the disappointment of Rio, we wanted to make a conciliatory season-break, we have succeeded, the joy and satisfaction is correspondingly great." 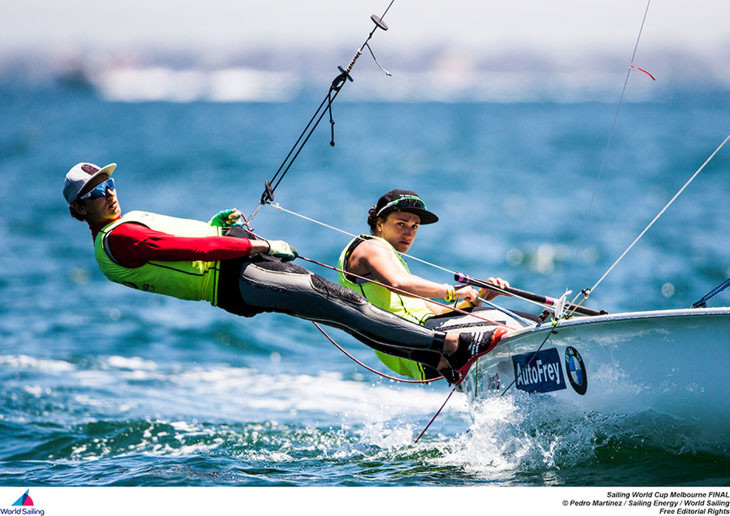 The AEZ team is pleased to be able to support the worlds best sailing team in the 470-women class and congratulates cordially.